Longview Analytics is the ideal environment for the creation and distribution of highly customized business intelligence and reporting solutions for mobile and desktop deployment.

Longview Analytics is the ideal environment for the creation and distribution of highly customized business intelligence and reporting solutions for mobile and desktop deployment. The software enables access to more than 20 data sources in one application, offering high flexibility and fast implementation. Longview Analytics has been rated as #1 in various categories in The BI Survey 16 (2016), including ‘Visual Design Standards’, ‘Operational BI’ and ‘Big data analytics’. 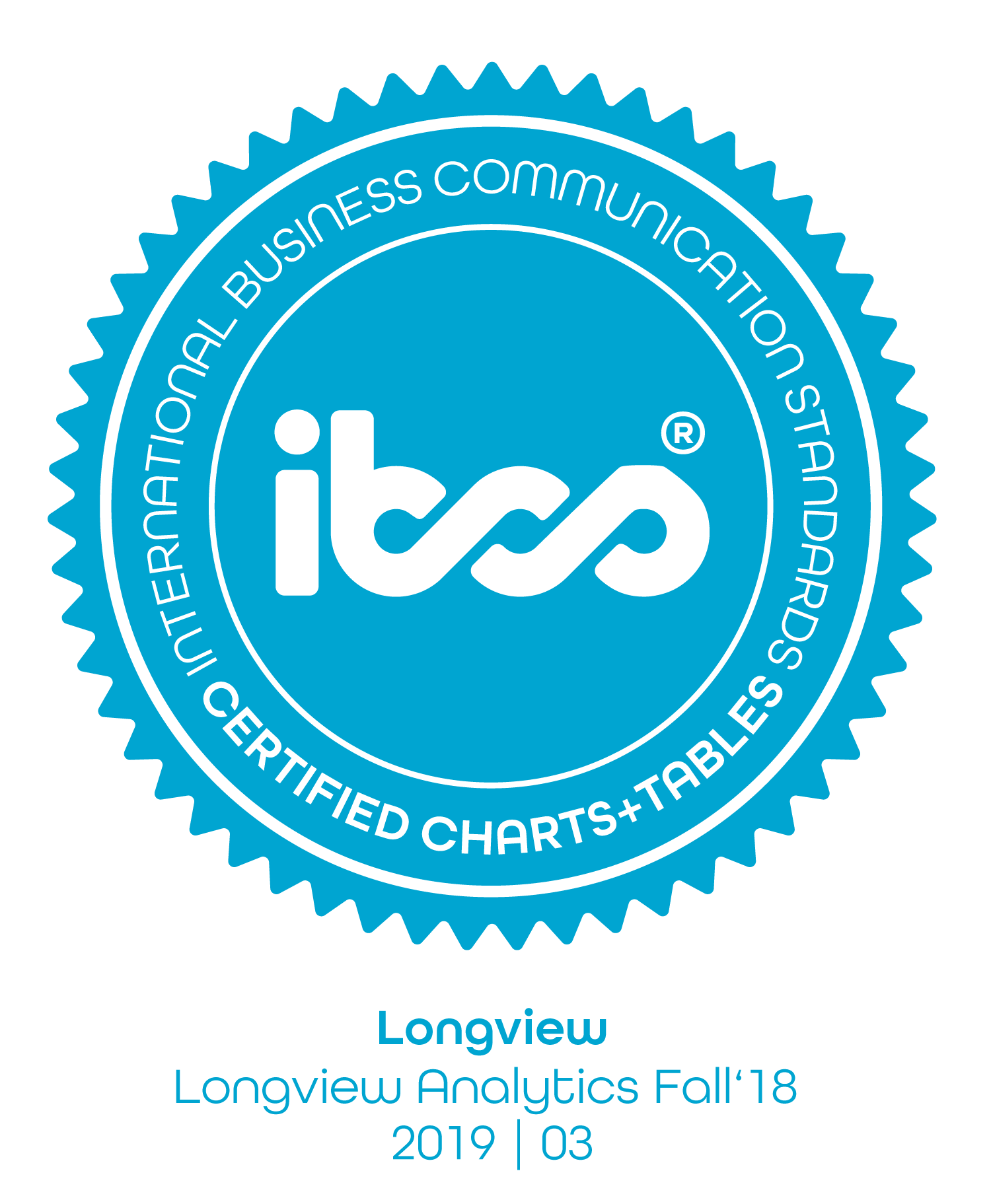 Longview Analytics Fall’18 has successfully passed the examination in accordance with the provisions of the IBCS® software re-certification process in March 2019. Longview Analytics Fall’18 (formerly arcplan 8) initially was certified in March 2014. The visual design of the presented business charts an tables is certified to be compliant with the Standards proposed by the IBCS Association.

Here are some examples of templates which have been developed with Longview Analytics during the certification procedure:

The first IBCS® certification presented quite a positive surprise, even good reasons for enthusiasm for the certification team. With the help of six templates, Longview impressively proved that arcplan 8 meets the visual charting design requirements to the fullest extent. The testing for user friendliness conducted by BARC also showed positive results.

www.longview.com
We use cookies to ensure that we give you the best experience on our website.OkPrivacy